Updates and improvements made to the MapleStory Network in 2021.

The onboarding experience has been completely overhauled, now making it far easier to sign up and get right into everything.

The Design home area has been launched, showcasing some public community character designs in addition to your most recently updated characters.

A new Explore section has been added, which will display all public character designs in one place. In the near future, additional options will be added for filtering.

The knowledge base home area has been redesigned to display more beautifully on all devices. In addition, we've added better support for Dark Mode.

Characters are now private by default.

You can now set the privacy for each character. When a character is set to private, only you can view it and it'll be hidden from your profile. When set to public (default), it will appear on your mapler profile as well as populate throughout the service.

When creating a new character look, Design will now check if any characters exist that match that particular look. If the same design was previously created by another mapler, the text "(original by user)" will be displayed on the associated character pages.

This system is intended to respect notable members of the MapleStory community who may have recognizable character looks. If we deem this has been abused for impersonation, we may restore original status.

You can now like characters, items, and monsters! Any liked content will now appear under your "Likes" section on your profile and can be showcased to other maplers.

This is the start of a collection of social features that will allow for interacting with other maplers.

Spritesheets have received some improvements based on feedback and bug reports. 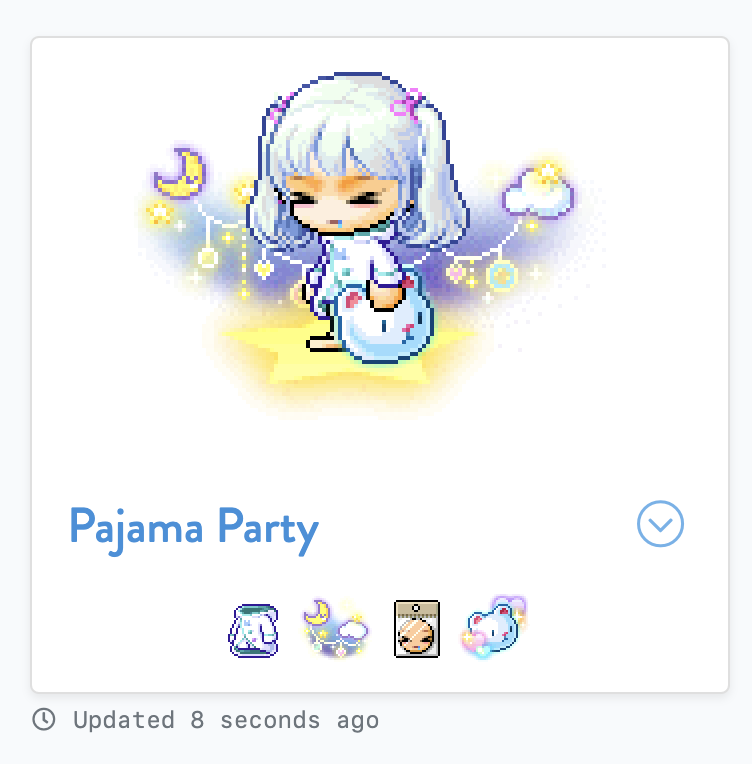 Design will now display a notification if a specific rendering error occurs. This will typically will provide enough contextual information to either self-resolve the issue or report it to our team.

Discover search pages have been revamped.

The item and monster result boxes have been redesigned and improved to provide more contextual information.

Additionally, three results now appear per line instead of two.

Other Changes and Fixes

This was the initial re-launch of the MapleStory Network service.